There are many reasons to visit Newport, one of which is taking in the various views around town.  The scenery is one of my favorite parts about living here so I’ve put together a list of my favorite Newport views to make your visit even more enjoyable.

5. Sachuest Point Wildlife Refuge: Technically located in Middletown, the Sachuest Point Wildlife Refuge offers two different walking trails, with varying views and lookout points.  From one side you get a great view of Second Beach, while the other takes you down towards Third Beach.  You can watch the waves crash and the boats setting sail. Since it’s a nature preserve, you’re also able to enjoy the wildlife and birds that are protected within the sanctuary.  You may even run into some bunnies or a deer or two. 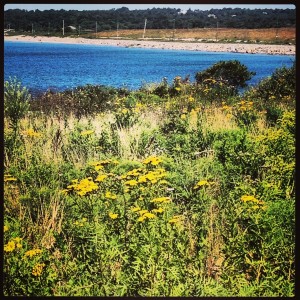 4. Brenton Point:  Located along Ocean Drive, this offers a great view of the bay turning into the ocean as well as Jamestown across the way.  This is an incredible place to sit and enjoy the sunset.  You can also catch the light of the Beavertail Lighthouse in Jamestown lighting up the sky just past dusk. 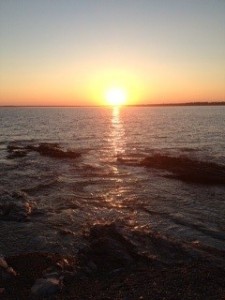 3. Cliffwalk: Not only does Cliffwalk afford you great views of the ocean, but on the other side you can enjoy all the historic mansions along the way.  Since the walk is 3.5 miles, the scenery changes and you can enjoy the view of the cliffs, first beach, waves crashing over rocks and a seemingly endless number of grand houses. 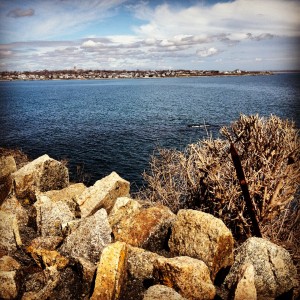 2. Goat Island:  Various views range from the harbor downtown, to the beautiful Pell Bridge, the Goat Island Lighthouse and over to Jamestown.  Right as the sun sets, head over to the Hyatt where the lighthouse is located and take in both the lighthouse and bridge.  Pineapples on the Bay is an outdoor bar located at the Hyatt and you can enjoy the sunset and a nice cocktail, the best of both worlds. 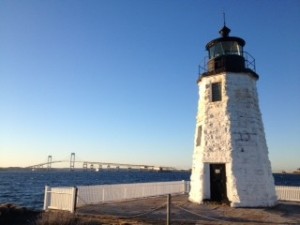 1. Fort Adams State Park: Fort Adams is my favorite place in Newport, so there may be some bias in me selecting it as the best view in town.  Not only is there the historic fort to lay your eyes on, but Baywalk, a two mile walk around the park, offers a variety of scenic views.  You can catch a beautiful view of the downtown harbor area, a perfect view of the Newport Pell Bridge, and views all along the bay and over into Jamestown. 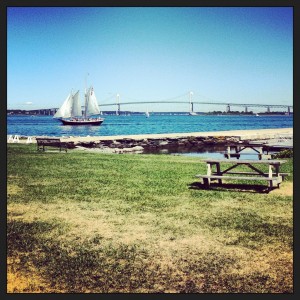 When it comes down to it, there are dozens of spots to see incredible views in Newport.  Almost anywhere you go you’ll be able to see something beautiful, but this list will give you a starting point for your scenic exploration. 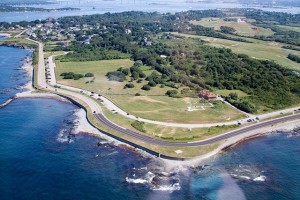 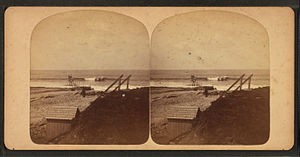