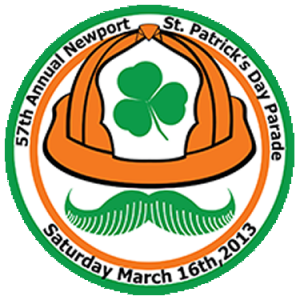 The annual Newport St. Patrick’s Day Parade will be held on March 16th, 2013. The fun and festivities begin early for most Newporters with parties and brunches going on all around town. The parade itself begins at 11:00am at Newport City Hall and ends in the Fifth Ward. See the parade line up on Mann Avenue just off of Kay Street and only steps away from the Inn. For more information on the parade go to http://www.newportirish.com/parade.html.