Following last weeks Folk Festival, is the Newport Jazz Festival, starting on Friday, August 3rd.  Dr. John and the Lower 911 will be kicking off the weekend at the Tennis Hall of Fame on Bellevue Avenue.  The following two days will feature concerts at Fort Adams State Park starting at 11am and ending around 7pm. Performance will take place on one of the three stages set up at the Fort.   Many great Jazz musicians will be performing, some of which include: Tedeschi Trucks Band, Dianne Reeves, Kurt Elling, The Bad Plus with Bill Frisell, Centennial Project and John Ellis & Double-Wide.  There is limited parking, so riding a bike or taking the water taxi may be a better alternative.

This Festival was started in 1954 and was the first annual Jazz festival in the states.  It is known as the “father” of all jazz festivals, and jazz legends such as Ella Fitzgerald, Louis Armstrong, Duke Ellington and Miles Davis have taken part.  There are still tickets available, so don’t miss the chance to hear some great jazz music this weekend! 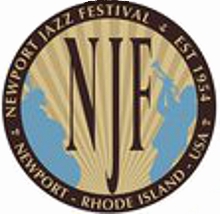