The 9th Annual Newport Mansions Food and Wine Festival will be held from September 19th to the 21st at The Elms, Rosecliff and Marble House.  A variety of events are held all weekend long, with the Grand Tastings

on Saturday and Sunday as the main event.

The festivities start on Friday, September 19th with Wine and Rosecliff, a night of great music, food and vintages.  Wines presented at this event are generally not found at the grand tastings.  Some wineries showcasing their wines are: Villa Maria, Nicolas Gueillatte, Chateau d’Escalan, Sequoia Grove, Larkin Wines and others.

The Grand Tastings take place on the Marble House grounds on Saturday and Sunday afternoons.  Guests can enjoy hundreds of wines from around the world as well as food samples from many caterers and restaurants.  A variety of celebrity chefs will be around for free demonstrations and book signings.  This year, Sara Moulton and Martha Stewart will be among the celebrity chefs sharing their skills.  There will be a silent auction for luxury goods and wines and each guest receives a souvenir glass.

Other events happening over the course of the weekend include: the Collectible Wine Dinner (Saturday, 7pm at the Elms), Newport After Dark (Saturday, 9pm, Forty One North), Winemaker brunch (Sunday, 1030am, Marble House) and a variety of wine seminars held at the Hyatt Regency Hotel (Friday) and the Chinese Tea House at Marble House (Saturday and Sunday).

The 44th Annual Newport International Boat Show will take place on the Newport waterfront September 11th-14th.  This is one of the largest in-water boat shows in the country and will take up 13 acres of Newport’s waterfront.  There will be all sorts of makes and models of powerboats and sailboats from 16ft to 85ft.  When you aren’t out on the water boarding and viewing a large selection of boats, there will be a variety of marine services and products being showcased on land.  Both international and domestic dealers will be present, available to answer questions and to give loads of information.

There will be a variety of events and seminars happening throughout the weekend.  Some of the highlights are: the “At the Helm” training program, the 4th annual cruisers party, a chance to meet author, Judy Silva, and more.  Hundreds of vendors will be there showcasing their products.  Whether you’re looking to buy a boat for the first time, purchase a new boat or are just looking for a fun way to spend the afternoon, the 44th Newport International Boat Show is the perfect place to be. 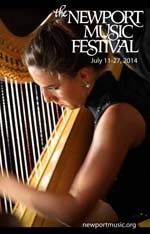